We were delighted to photograph the Root Partnerships’ 25th anniversary celebrations event at the newly renovated and reopened Capitol theatre on Swanston Street in Melbourne earlier this month.

Root Partnerships are project managers on high-end constructions and renovation projects, with successes in their portfolio ranging from international airports to zoos.

Melbourne’s The Capitol theatre was selected as the Melbourne venue to host their corporate anniversary celebrations since it was one of their recent completed projects, which saw the RMIT owned theatre restored to it’s former art deco glory, along with some fantastic additions.

The ceiling of the theatre is illuminated with a range of colours, which highlights the extensive plaster work that has been carried out in this beautiful old building.

The evening started with drinks, networking and entertainment in the ground floor foyer, which was followed by a few words on the previous 25 years from the organisation’s leaders in the main auditorium before swiftly moving on with more food, drinks and catching up with old friends in the first floor bar area.

As a venue for entertaining corporate clients, The Capitol is really impressive, as well as being close to the business end of Collins Street, Flinders Street station, plus all the central Melbourne attractions and conveniences.

It’s great to see Melbourne’s historic buildings being cared for and restored in such a sympathetic way, but also still allowing them to be used in a functional and useful way.

Hats off to the team who worked on this restoration project – it really is a stunning venue that Melbourne should cherish and celebrate. 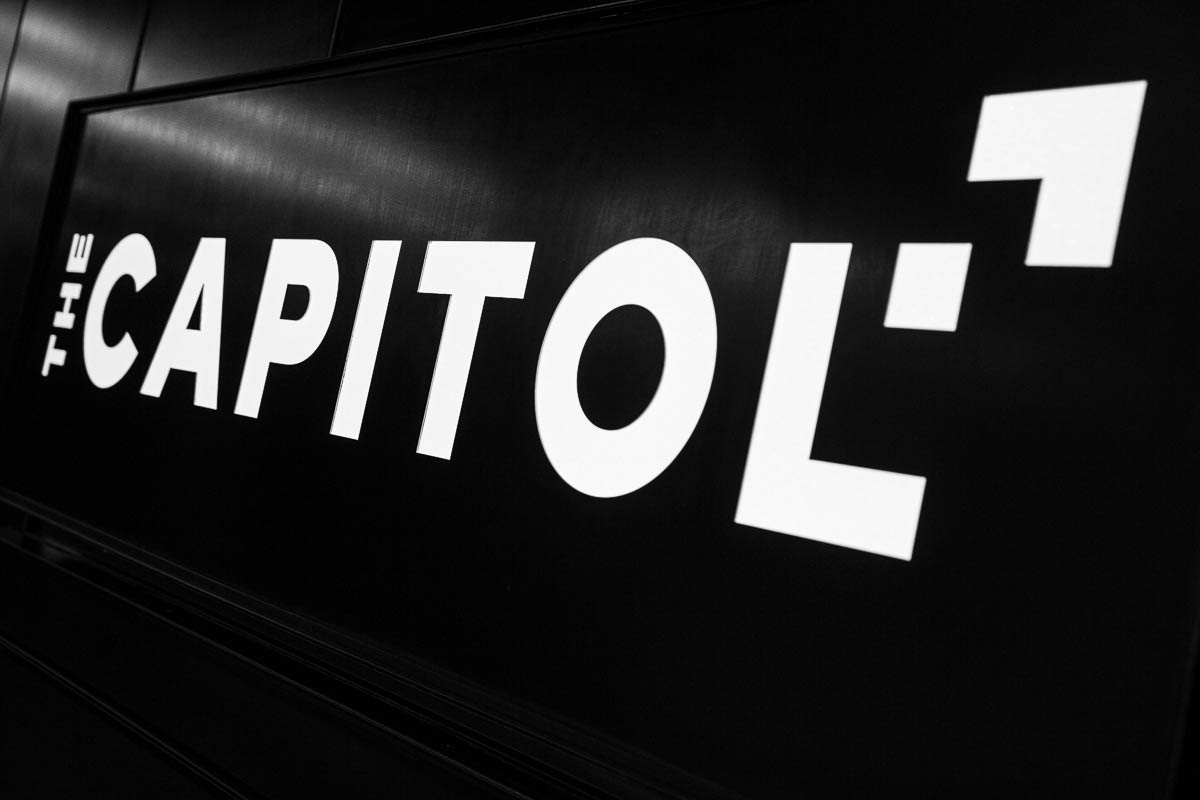 Feel free to send us a message or pick up the phone – we’re always happy to answer any photography questions you may have.